Most people ask why did we go there? 2 reasons:
-RyanAir flies there directly from Krakow. If you're not familiar with RyanAir, I describe it as a bus that flies. But at least it's cheap. Like $40 round trip flight cheap.
-Seeing smaller cities usually means better experiences with cultural and food (see blog about My Travel Style here).
-You  can take a train from here to almost anywhere, as it's the 5th busiest train station in Italy. Wiki

Thoughts
The overall impression with Bologna for me was that it's bigger than I expected, yet small enough to enjoy (without all of those annoying tourists everywhere). There were more than enough places to eat - in fact, it's know for its food. But what I loved the most were how beautiful the buildings and how great the people are in this town. And the great wine you can get for almost nothing.
Note: even though people there will admit the food is way better than the wine, it really all depends on the perspective. I've just recently started upgrading from Trader Joe's cheap stuff and considered their wine one of the best in the world!

Another thing that adds flavor to the city is the university. It's the oldest in Western civilization and gives the whole town a younger feel. There's also a ton of porticoes (covered walkways) that give the town a historic feeling that's different than the others.

Tasting
*As you can see, we didn't go to a lot of restaurants. We came in on a Saturday afternoon when most places are closed for siestas and left Monday morning - same story on Sunday, most people are closed. And we learned that the places usually OPEN on Sundays and/or during siestas are pretty crappy.

-Pizzartist/Osteria del Sole - both places I found on Trip Advisor - the 1st sells pizza by the pound and it's oh so good, and the 2nd is a no frills bar built in the 1400's with cheap (but tasty) wine that you can byof(ood). Pizzartist and OsteriaDelSole.
-Zerocinquantino - It's a chain (don't judge me yet!) that has wine and charcuterie offerings. We actually ate here 2 days in a row because it was so good! And it was open on Sundays...and only locals were here on Sunday, so it is actually good.

Seeing
-The porticoes (covered walkway). See more at unesco.org
-Hotel Aemilia - we stayed here a little outside of the main city. It had fabulous views from the rooftop! aemiliahotel.it
-Torre Asinelli - 498 steps to the top...but beautiful view!  Wiki/Towers_of_Bologna 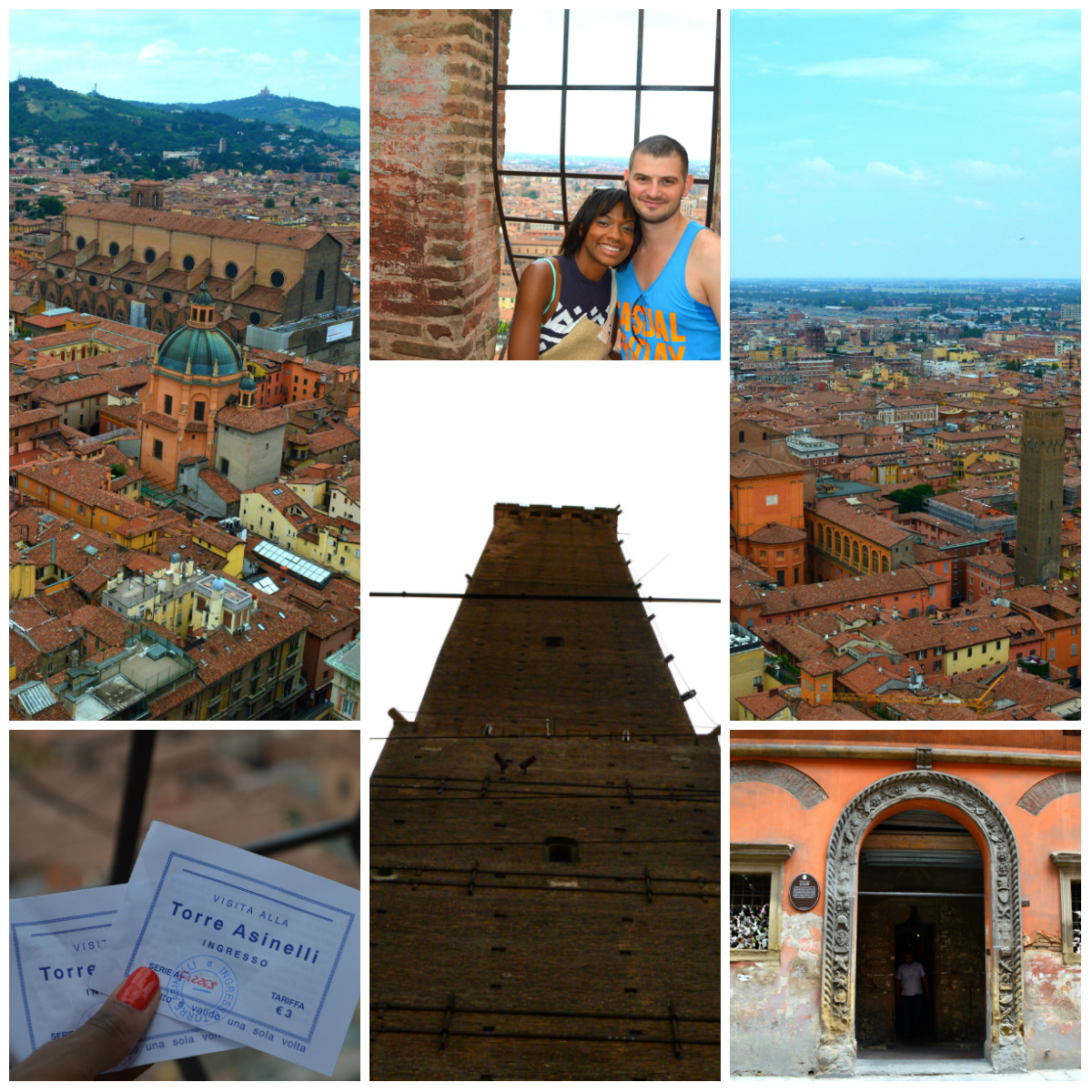 -Churches - This was the only town without lines to get in - enjoy! 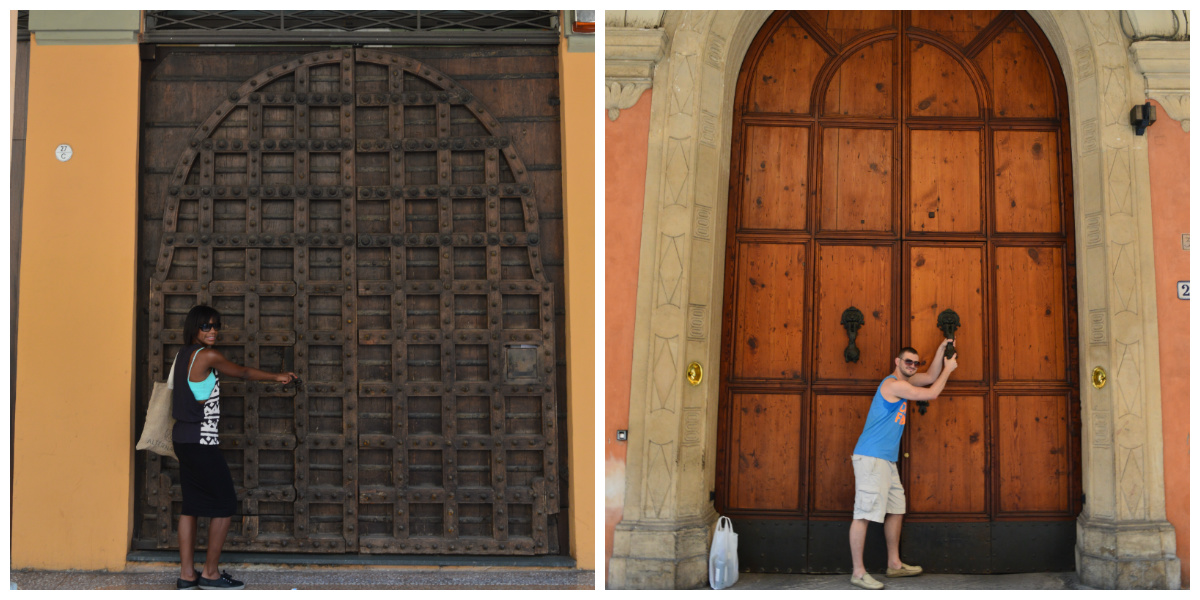 Being
-Il Cinema Ritrovato - We were here for the last night of their film festival. It started with an orchestra that played a song so beautiful I cried happy tears. I couldn't believe I was having this experience with the love of my life!

Overall, I really enjoyed this town. It's smaller and the least amount of tourist seen in all of the 4 cities we visited: great architecture, food, people and wine. I can't think of one thing I didn't like about this town. I would recommend this place to anyone!

Has anyone else been here with the same or different experience?

RareDame
I want to inspire everyone to open their minds, try something new, and live life on their own terms! 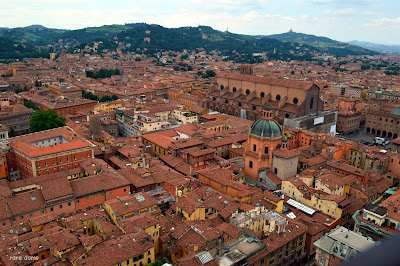 17 Surprising Things I Noticed While Traveling in Europe: A Must Read for the Novice American Traveler 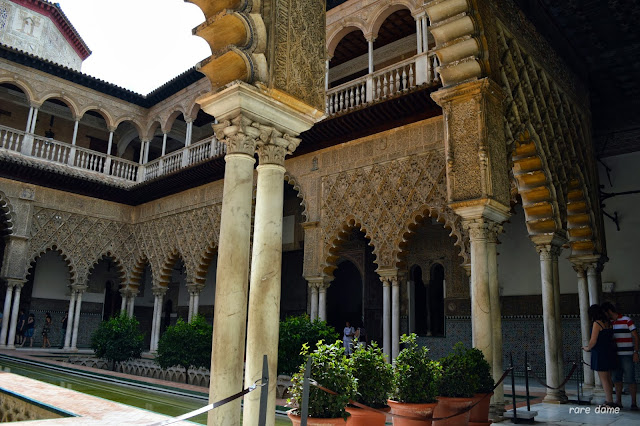 Part I: A Week in Seville, Spain - Traveling Like a Boss (on a Budget)